Is the All Blacks and Wallabies Bledisloe Cup rivalry dead? 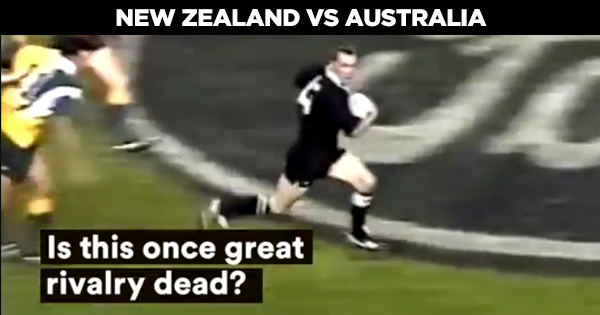 Can New Zealand vs Australia still be called a rivalry, what with the dominance New Zealand have shown for so long now? On Saturday the two sides meet again, in what some are calling a dead rubber, despite the fighting talk from both sides.

New Zealand have already wrapped up the series, with their win in Dunedin.

That was a close contest and over the years there have been a number of classic matches between the two sides, but they are few and far between, and the winner hasn’t changed for a while now.

This video shows some classic footage but states the blunt facts, as the All Blacks have won the Bledisloe Cup for the last 15 years. Even an upset tomorrow won’t change that.

“There is no motivational problem with this team. They want to play better every time. When you play Australia, being a New Zealander, you enjoy the encounter and get excited.

“Over the last wee while, there’s been plenty in it. Once the Bledisloe is taken out of it, there’s still plenty in it,” Hansen added.