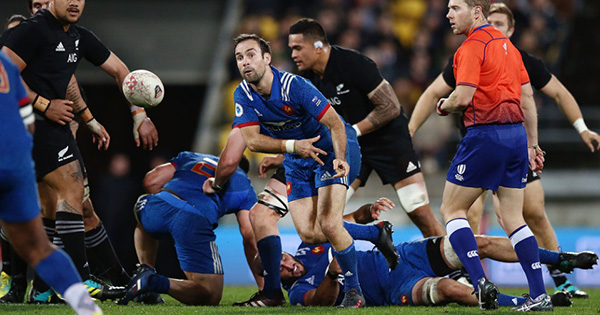 French coach Jacques Brunel has called on veteran halfback Morgan Parra to captain the side for the third Test in Dunedin on Saturday night. Parra will take over for Bastareaud, who was skipper for the first two tests but has been left out altogether to get a much-needed break.

Clermont’s Wesley Fofana comes into the midfield, along with Remi Lamerat. Fofana has been nursing a neck injury and is returning after missing the first two Tests and all of the Six Nations.

Also of note, Benjamin Fall – after having been cleared of his red card – will retain his spot at 15.

The All Blacks will also be changing things around in the midfield, with Sonny Bill Williams set to start at 12 after it was thought that he would miss the entire series due to a knee injury.

Other key injuries include Beauden Barrett and Vaea Fifita with concussions and forward Liam Squire with a shoulder injury.

Now that the hosts have won the series, coach Steve Hansen admits now is a good opportunity to blood some new faces. Injuries and sluggish play after the second Test were also a determining factor.

“One of the aims of the series was to continue to build depth across our squad and give players opportunities. Now that we have… won the series, we think this is the right time to do that.”

Debutants Richie Mo’unga, Shannon Frizell, Jack Goodhue, and lock Jackson Homopo have all been included in the match-day 23.

It can be argued that the first two Tests were at least partially influenced by contentious cards.

Ofa Tu’ungafasi was extremely lucky to have escaped a red card in the first test after a collision with winger Remy Grosso that left his skull fractured. World Rugby have also since rescinded Benjamin Fall’s red card from the second Test.

After a somewhat lackluster performance in Wellington, the All Blacks will look to bounce back. France, on the other hand, will take heart from their gutsy, 14-man display and look to end the trip on a positive note.