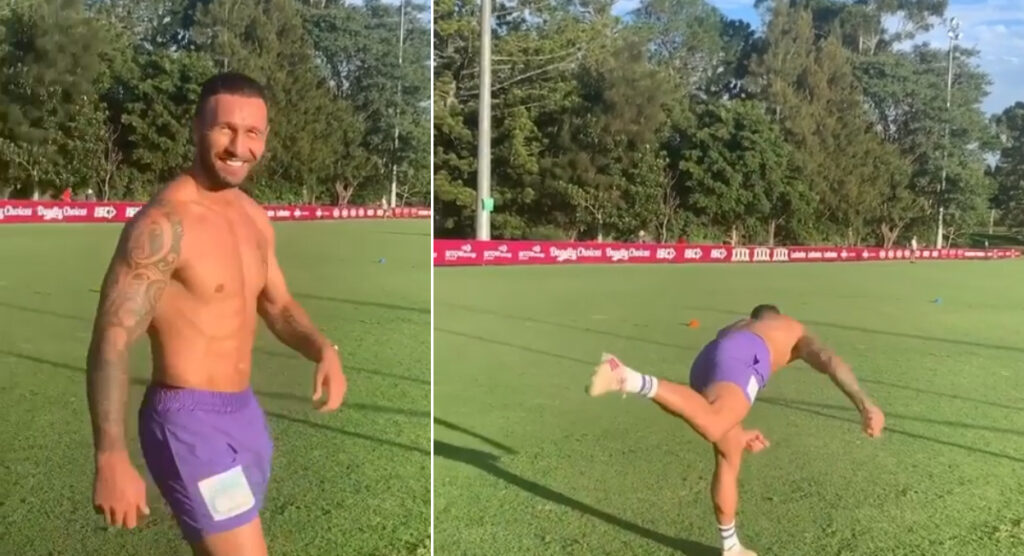 Quade Cooper has produced another miraculous trick shot with an American football, this time coming up with something most of us probably haven’t seen before.

Cooper recently posted two videos of his training ground exploits, one of which went viral, and was even picked up by ESPN’s Sports Center.

He apparently got a bit of hate for that, for some reason, so has now posted another.

Pangai Jr was on the end of it, after Cooper somehow threw the ball in a bit of a cricket bowling action, similar to that of Paul Adams (cricket fans will know).

The distance and flight was impressive, but most of all, it’s a bit of fun, and his fellow players and former teammates all seemed to love it. 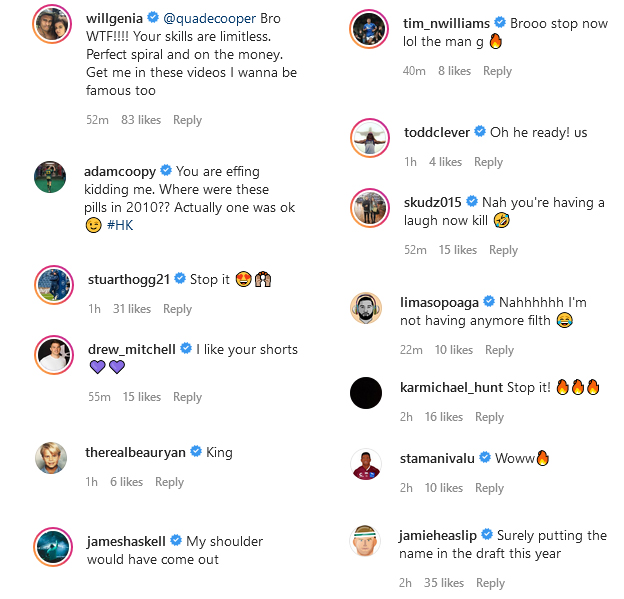 Carlos Spencer and Beauden Barrett’s trick shots have also been hugely popular, and yesterday Northampton Saints released a video of flyhalf James Grayson replicating Cooper’s original throw, this latest feat will no doubt be replicated again many more times to come. Or at least, attempted anyway.

Here is the original Cooper pass that got a lot of attention. Which do you like most? Let us know your thoughts in the comments below