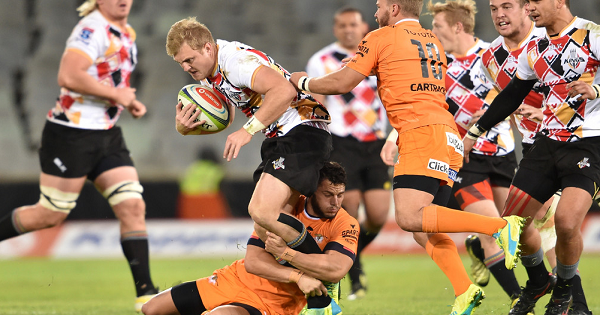 Last week, the Guiness PRO12 and the South African Rugby Union came to an agreement to grant Super Rugby franchises, the Cheetahs and Southern Kings, places in an expanded Northern Hemisphere league ahead of the 2017/18 season.

Both sides were cut from Super Rugby after the championship cut the number of participating teams from 18 to 15. South Africa had to cede two teams while Australia, who have yet to make an announcement, is set to lose one of their franchises before the end of the off-season.

The PRO12, which currently features teams from Italy, Ireland, Scotland and Wales, reached out to the Cheetahs at the start of June, offering a formal invitation to join the league.

Since then, a further invitation was issued to the Kings, and SARU – thought keen to commit to a Northern Hemisphere league, was equally willing to put pen to paper in a six-year deal with the PRO12.

The announcement carries with itself an aura of hope, rather than expectation. Whichever way it is put, the new PRO14 must succeed to address significant financial issues within the league.

The PRO12 receives approximately £12m, according to the BBC, in television revenues and is set to bag an additional £500,000 which is to be distributed equally across the existing Italian, Irish, Scottish and Welsh sides, with the acceptance of the two South African franchises.

This will no doubt bring fresh optimism to both Italian and Scottish federations in particular, with each having struggled considerably throughout the professional era.

It also offers redemption for the Cheetahs and Kings, who may have been faced with extinction had they not found saviour in the PRO12.

What will this mean for the PRO12?

Quite how PRO12 organisers will make this merger work in practice, we will only find out when the season kicks off in September, but the structure of the competition has already been devised.

Much like Super Rugby, the league will be split into two conferences – of seven teams. Within a conference, each team will face each other home and away while one match will be played against each of the seven teams in the other conference.

Derby matches will be protected, so that teams who are in separate conferences, like Edinburgh and Glasgow, will still be able to play both legs of the 1872 Cup over the course of the year.

21 matches in total are proposed but questions still remain over where South Africa’s sides will play. Whether they will operate from a European base or face successive long-haul flights is as yet unconfirmed.

The play-off system has been slightly revised for the new season as well. Conference winners qualify directly for the semi-finals, with the second and third placed in each conference facing off in a Top 14 style quarter final.

Opinion seems to be decidedly mixed regarding the move. The general consensus among players and coaches is, naturally, positive. Increased competition from a Southern Hemisphere team is likely to do that but many also have the PRO12’s future success in mind.

“Most of the Cheetahs players grew up playing with a dry ball and quite a high sea-level so that will be different also.”

Evidently, the increased revenue will be a shot in the arm for teams and the long-term commitment from both the Cheetahs and Kings shows that they are serious about their participation.

Southern Kings scrum-half Rudi van Rooyen said: “Most of the guys are really excited to play in the northern hemisphere – it’s a new challenge, a new type of game, playing new opposition that you don’t know at all.”

“Most of the South Africans want to earn their pounds or their Euros and I think playing in Europe, playing against Munster or Ulster, the big teams from Ireland or Scotland or Wales can certainly put your foot in the door a bit.”

But the announcement has also drawn criticism too. BBC’s Tom English questioned the relevance of South African involvement in a league based exclusively in the Northern Hemisphere and was forthright in what he saw as further commercialisation of the league in order to make ends meet.

He wrote: “Fourteen teams in two conferences of seven? Why? Two weak South African sides? Again, why? What’s the point?

“How will throwing in two sides that have no connection with northern hemisphere rugby add to the competitive nature of the competition?

“The Pro12 needs to be about genuine edge and rivalry. To many voicing their opinion on social media, this smacks of a watering-down of those very qualities. A manufactured solution to bringing in a few bob.”

What do you think about the expanded PRO12?