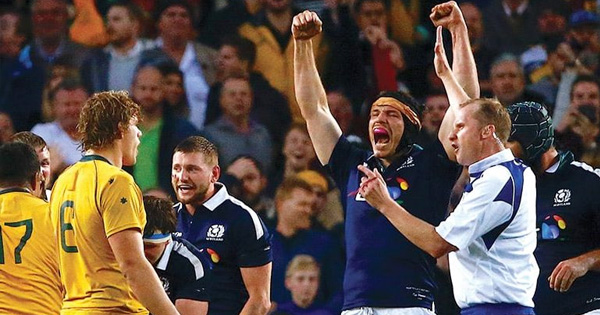 Scotland pulled off a 24-19 victory to beat the Wallabies in Sydney on Saturday. Each side scored three tries but Scotland came out on top after missing out by just one point in their previous two meetings. It is new coach Gregor Townsend’s second win, after beating Italy last week.

“It’s really a proud day for us all,” said Townsend. “For everyone involved in Scottish rugby to blow away those frustrations of the last couple of seasons and come away with such an important win is a credit to the players.

“It’s down to the work over the last couple of seasons and the way the players have stuck to their task at training, they’ve learned from close defeats.”

The last time Scotland beat Australia was in 2012, when they edged them 9-6 in wet conditions.