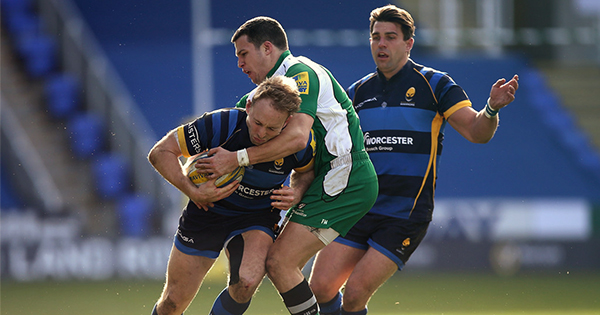 A new tackle height law trial will take place in the upcoming Championship Cup 2018/2019 season, the RFU announced today. The new domestic competition, which starts in November, will feature a trial law that is designed with player safety in mind.

Following a controversial ‘nipple height’ law trial announcement for the World Rugby U20 Trophy competition, the RFU – in collaboration with World Rugby – have made an amendment to Law 9.13.

The amended law, taking place only in the Championship Cup, will alter the definition of a high tackle from above the line of the shoulders, to above the armpit line.

The trial aims to assess the impact of introducing a lower tackle height in elite adult rugby on the incidence of concussion and other injuries, player behaviour in the tackle, the nature of tackles, head injury events and other game events.

This will include all 43 games in the pool stages and play-off rounds of the competition.

A detailed analysis of this trial will be compared to existing data from the English professional game to help inform any wider approach. All data will be shared with World Rugby to be added to research collected from a similar trial in the World Rugby U20 Trophy competition.

Nigel Melville RFU Professional Rugby Director said: “The RFU is committed to an evidence-based approach to injury-prevention. We know from our latest professional rugby injury surveillance report that 47% of all match injuries are associated with the tackle and that concussion accounted for 19% of all injuries to the ball carrier and 43% of all injuries to the tackler, highlighting the tackle as the key game event when developing concussion reduction strategies.

“We believe lowering the height of the tackle will benefit both the ball carrier and the tackler.”

World Rugby believe that having the data on hand from the various trials in different competitions will help them in their continued commitment to further reducing concussion risk in rugby.

The Championship Cup, which came to be after the decision of Championship clubs to withdraw from the British & Irish Cup, kicks off on November 10th. Full season fixtures can be viewed here.

WATCH: ‘The Bear Pit’, on Bristol Bears, who are now back in the Premiership. More info