The Rugby Championship 2012 re-cap ahead of this year's kickoff 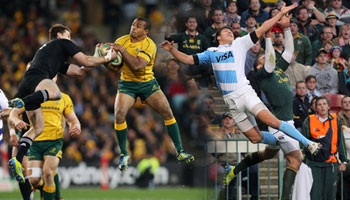 The Rugby Championship kicks off in a few hours time so here is a quick re-cap of last year’s tournament, put together by the IRB’s Total Rugby show. It was the first year of the expanded Tri Nations, as Argentina joined the top three sides in the world.

While New Zealand won comfortably in the end, newcomers Los Pumas put up a decent fight and showed that with time, they have the potential to pick up a few big scalps in the tournament.

This year the All Blacks will be favourites yet again as they come off a convincing 3-0 series win over France, while the Wallabies were downed by the Lions in a tight series, and South Africa beat off the challenges of Italy, Scotland and Samoa to win their Quad Series on home soil.

On Saturday the Wallabies host the All Blacks, followed later by the Springboks vs Argentina.