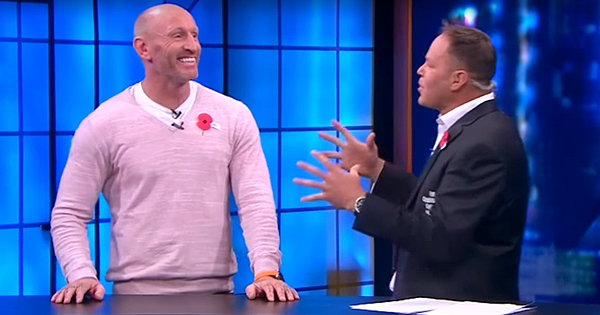 The build-up to the Lions tour to New Zealand has been gathering pace with each passing day. Following Warren Gatland’s squad announcement last week, much debate has gone into the players who made, and those who didn’t.

Understandably, a lot of this debate has come from the British and Irish media, but the Lions tour has generated huhe hype in New Zealand.

There’s probably no other nation in the world that is more passionate about the Lions than the Kiwis. They have a particular joy in receiving them since they have only been defeated in the series once, in 1971.

But much like when they hosted the World Cup in 2011, New Zealand as a country cannot wait for the Lions to arrive.

From a Lions perspective, 2005 captain Gareth Thomas has already been around New Zealand on a different mission. He’s been analysing what makes New Zealand such a dominant force on the world rugby stage, and appeared on The Crowd Goes Wild to discuss this and the prospects for the 2017 tour.

A highly engaging and fascinating discussion, Thomas gives particualr praise to the New Zealand school rugby system which has been a long-time supplier of All Blacks for many years.

Thomas also introduces their segment of Smashed em Bro, which featured a host of rugby league tackles then a thumping Super Rugby hit, and a classic dump-flip tackle on Thomas himself.