The Five Nominations for the IRPA Try of the Year 2014 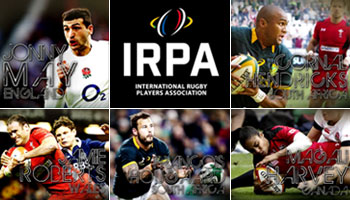 It’s coming to the end of the year so the Player of the Year 2014 nominees were announced recently, and today the International Rugby Players’ Association (IRPA) Try of the Year 2014 shortlist of five has been revealed with this great video.

They are all worthy candidates, and with just five to choose, there are sure to be a whole lot of tries that weren’t able to make the list. It’s strange, for example, to not see an All Black entry, especially with the likes of Julian Savea scoring some stunning tries in recent times.

Interestingly, a few years back they chose fifteen candidates, and one year it was just four.

That said, they’ve chosen to include a women’s rugby candidate too, which is great to see and it’s fair to say that it’s chosen entirely on merit, as it was indeed a wonderful try.

The five tries were selected by the IRPA Try of Year panel of former players in Samoa’s Seilala Mapusua, All Black Jeff Wilson, Ireland’s Alan Quinlan and Dan Parks of Scotland.

The public are able to vote via social media, with the results of which being taken into account when the selection panel make their final decision come the end of the year.

Which try do you think should be chosen as Try of the Year 2014?