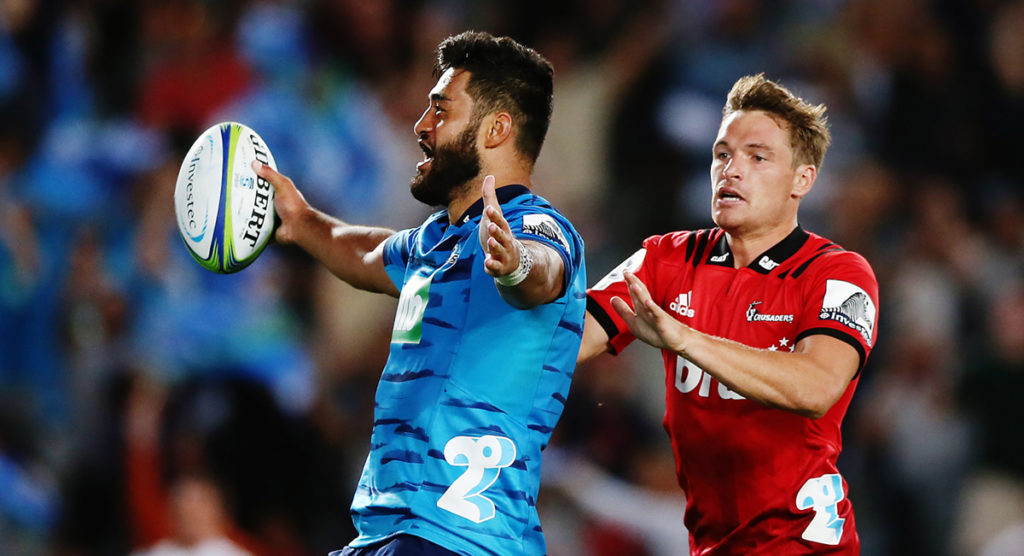 The long awaited 2019 Super Rugby tournament kicked off on Friday and from the word go, there was plenty of entertaining and hard-fought rugby on show. Here is a look at five of the best tries from the weekend.

Schalk Brits, making his return to Super Rugby after many years with Saracens, created a gap before feeding Jesse Kriel out wide, who got it to flying Johnny Kotze for one of many tries against the Stormers.

Melani Nanai created some space for the Blues to set Akira Ioane away for an outstanding try against the Crusaders, while the Sharks used depth and width to score an excellently taken try against the Sunwolves.

One of the individual efforts of the weekend featured a brilliant piece of skill by Jack Maddocks, as he dived forward to catch a Billy Meakes crosskick to dive over against the Brumbies.

While the list of five tries is picked by rugby.com.au, the official Super Rugby channel actually chose this excellent effort from Rosco Specman as the best try of the round. It was one of two tries he scored on the day, on his Super Rugby debut.

All the match results, in case you missed it them:

RESULTS: @SuperRugby RD#1
Six away wins in first round in an intriguing opening weekend with tries and action galore…
All stats, news, highlights @ https://t.co/Hij8gF27XY https://t.co/iturbRDClp pic.twitter.com/mTb0LuTC0C